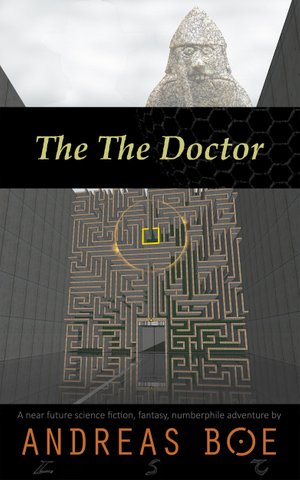 The The Doctor is book number seven in the Nerdology series. It builds on the adventure found in The Gray Case, so it may be a good idea to read that first.

It's November 2057 and Mikko gets a letter from Angela in which she tells him to approach a mysterious man who presents himself as “the the Doctor”.

She doesn’t know much more about him than that he is supposed to be important in some way.

Mikko doesn’t really have time for any new adventures. He and Sharon are about to get married and he has to care about that when he doesn’t work or go to school. His friends Jeff, Chen and Spock are all in a low period in their lives, but maybe the the Doctor can help them change that?

What makes Spock's Lewis queen different from her sisters?

Why did Mikko get a simpler 23:31 puzzle than Spock?

How deep is the abyss under the glass floor?