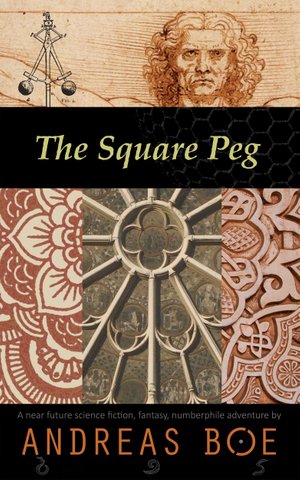 The professor of chemistry at Stanford University gets a strange phonecall that turns his world upside down. He contacts Mikko, Jeff, Chen and Spock to help him straight things out, but Mikko is on his and Sharon's honeymoon in India, so Jeff, Chen and Spock will have to manage without him this time.

The Square Peg is book number eight in the Nerdology series and it contains a similar number of math puzzles as the earlier books in the series, but it contains more philosophy, religion and politics than any of them. This may sound challenging to some readers, but I think it gives the story a nice twist.

How many references to the same two numbers can you find on the title page?

Where did Jeff's equation come from?

If there were two men in Dick's photo, who would the other be?