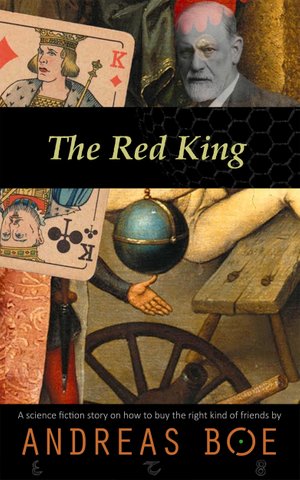 It's January 2059 and Angela has arranged a meeting with three jacks, three kings and three oracles. The challenge she presents them with is to recruit a new member to their brotherhood, but this is easier said than done. They will have to cooperate to overcome the obstacles standing in their way.

The Red King is book number nineteen in the Nerdology series. It's an 18k word near future science fiction fantasy novella on the theme of narcissism. It's reasonably self-contained, so readers who haven't read any of the earlier books in the series will be able to enjoy it.

Did someone burn a hole in the red robe?

What is Mister Goatlegs' real name?