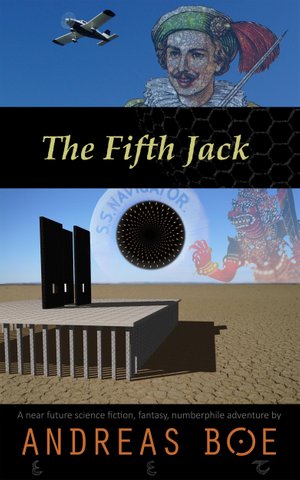 A mysterious masked man dressed as the jack of spades sneaks around behind the scenery of this story. Who is he and what does he want? Mikko is unaware of the strange things going on. He has his hands full without having to deal with yet another mystery. He tries to navigate the jungle of expectations he is surrounded by. He has his analysis work for the Global Society and his engineering studies at Stanford University to think of and he is constantly being bombarded with number puzzles from his virtual friends. On top of it all come the plans for his and Sharon's wedding and put together it can be a bit too much.

The Fifth Jack is book number six in the Nerdology series and it's heavy on dialogue and number puzzles. It combines near future science fiction with philosophical and religious speculations, so if you like that, this is a book for you.

What tree is the Jack of Spades referring to in the prolog?

What's with the numbers on the pocket watch?

How many milligrams do the coins weigh on average?